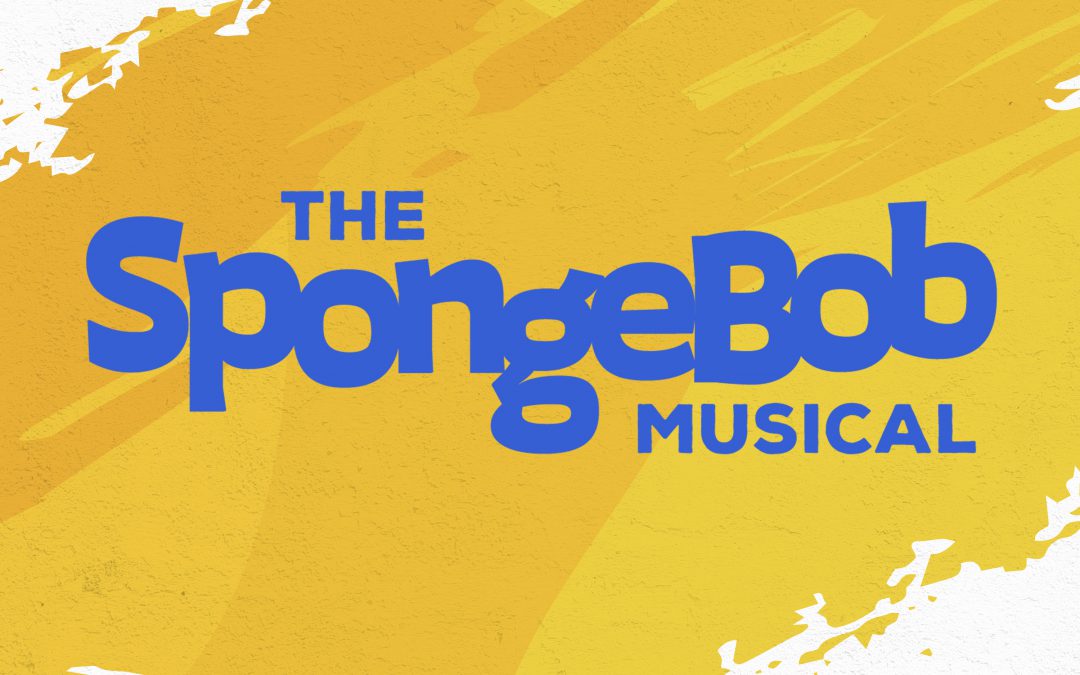 Everyone enjoys a summertime treat! Based on the original television series adored by people across all ages, The SpongeBob Musical is making its way to the Ephrata Performing Arts Center. In the underwater town of Bikini Bottom, the happy-go-lucky way of life is threatened by an impending volcanic eruption, and the town needs a hero. When all hope seems lost, SpongeBob and his group of quirky friends rise to the occasion to save the day. Featuring a score by Tom Kitt that covers an array of musical styles, this story of acceptance and community is one that is sure to be enjoyed by the entire family.

Since its launch on July 17, 1999, SpongeBob SquarePants has reigned as the number one kids’ animated series on TV for the last 17 years, while generating a universe of beloved characters, pop culture catchphrases and memes, theatrical releases, consumer products, a Tony award-winning Broadway musical and a global fan base. SpongeBob SquarePants is the most widely distributed property in Viacom International Media Networks history, seen in more than 170 countries, translated in 30+ languages, and averaging more than 140 million total viewers every quarter.

SpongeBob SquarePants is created by Stephen Hillenburg and produced by Nickelodeon in Burbank, Calif. The character-driven cartoon chronicles the nautical and sometimes nonsensical adventures of SpongeBob, an incurably optimist and earnest sea sponge, and his undersea friends. The Broadway production of The SpongeBob Musical earned its place on 2017’s “Best of Broadway” lists including Broadway.com, BuzzFeed, The Chicago Tribune, The Daily Beast, Deadline, ET Online, Forbes, Time Out New York and Variety. The SpongeBob Musical was named Best Musical by the Drama Desk Awards and Outer Critics Circle and earned 12 Tony Award nominations – the most nominated musical of the 2017-2018 theatre season – winning for Best Scenic Design of a Musical (David Zinn).

Kyle Jarrow is a Tony Award-nominated, Obie Award-winning writer and musician who makes work for television, film and the stage. He wrote the book for Broadway’s The SpongeBob Musical, for which he was nominated for Tony, Drama Desk and Outer Critics Circle Awards. Other theater work includes A Very Merry Unauthorized Children’s Scientology Pageant (OBIE Award), The Wildness (Lortel Award nomination), Armless (Fringe NYC Overall Excellence Award), Whisper House (with Duncan Sheik, record available from RCA/Victor), Hostage Song (with Clay McLeod Chapman), Love Kills, Trigger and Gorilla Man. His plays have been seen all over the U.S., in Canada and in Europe, including The Old Globe, Steppenwolf, New York Theatre Workshop, Ars Nova, P.S. 122, American Repertory Theatre, Williamstown Theatre Festival and London’s Other Palace Theatre. In addition to his more “traditional” theater pieces, Kyle has also delved into the burgeoning field of immersive theater and developed work for Cirque Du Soleil.

In the world of television, Kyle created and executive-produced the series Valor (CW/Netflix) as well as the streaming series Lost Generation. He’s also written on the staff of Star Trek Discovery. He penned the indie features Armless (an official selection of the Sundance Film Festival) and Saint Janet (starring Kelly Bishop, streaming on Amazon).

In addition to his writing work, Kyle is known as the leader of the rock band Sky-Pony, a collaboration with his wife Lauren Worsham. Their LP Beautiful Monster is available from Knitting Factory Records or at skyponyband.com. Kyle was also a founder of the now-retired art-rock band The Fabulous Entourage, which appeared in the Whitney Biennial and opened for such groups as Hot Chip and We Are Scientists.

Tina Landau is a writer and director whose work has been produced on Broadway and Off-, internationally and regionally, and most frequently at Steppenwolf Theatre in Chicago, where she is an ensemble member. Known for her original, large-scale musical and ensemble work, Tina has been recognized by the Tony Awards, Drama Desks, Drama League, Outer Critics, Lucille Lortel and Obies, and is a recipient of a United States Artist Fellowship, the Princess Grace Statuette, a NEA/TCG Directing Fellowship and Rockefeller and Pew grants.

Tina has created over 20 productions at Steppenwolf, which include Ms. Blakk for President (which she co-authored with Tarell McCraney), Matthew-Lee Erlbach’s The Doppelgänger, McCraney’s The Brother/Sister Plays, Zinnie Harris’ The Wheel, Mee’s Berlin Circle and Time to Burn, classics such as The Tempest, Time of Your Life, The Cherry Orchard and The Diary of Anne Frank, and her own plays Space (also Mark Taper and NYC Public Theater) and Theatrical Essays.

She teaches regularly in the U.S. and abroad, and is the co-author, with Anne Bogart, of The Viewpoints Book.