Descend into madness with King Lear, coming to EPAC on March 16, 2017!

The Tragedy of King Lear is one of William Shakespeare’s most famous plays. Join EPAC’s talented actors in a night filled with betrayal, subterfuge, and redemption. Travel the harrowing heath of England and survive the treacherous storm to find out what will become of King Lear, his three beautiful daughters, and his kingdom.

The Ephrata Performing Arts Center returns to the works of Shakespeare with King Lear. It depicts the gradual descent into madness of the title character, after he disposes of his kingdom giving bequests to two of his three daughters based on their flattery of him, bringing tragic consequences for all. Derived from the legend of Leir of Britain, a mythological pre-Roman Celtic king, the play has been widely adapted for the stage and motion pictures, with the title role coveted by many of the world’s most accomplished actors. Considered by many to be Shakespeare’s greatest play, if not the greatest play ever written, Lear has fascinated theater-goers for centuries, and it captures the fundamental human experience shared by us all. Join EPAC as we take a heartbreaking but also humorous look at parents, the children they love, and the legacy we all hope to leave. 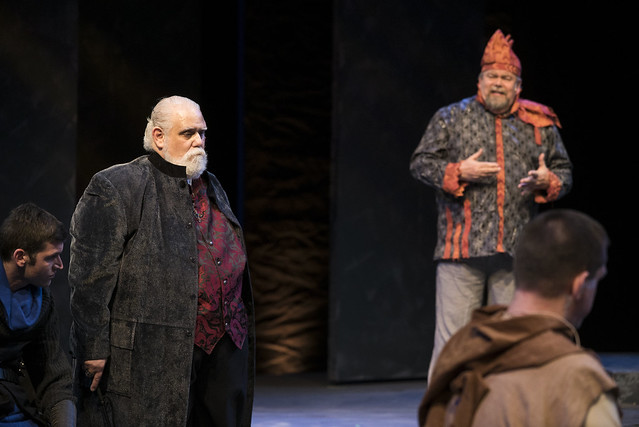 Is love really blind? Can true justice prevail? Are we all just “flies to wanton boys” in this world? Let EPAC take you into Shakespeare’s view of the human experience. You won’t regret your decision, although King Lear surely will!